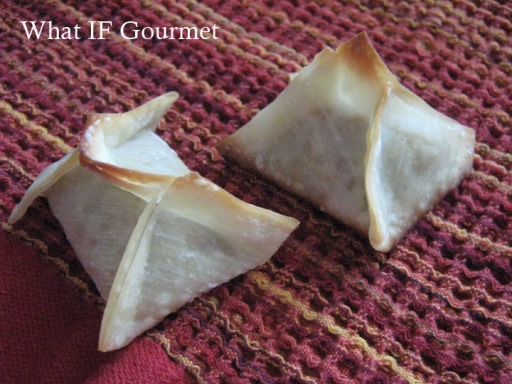 These bitty baklava bites please the eye as well as the palate, an important duality when it comes to dessert satisfaction.  I know, I know: when your body is fighting autoimmune inflammation, sugar is the enemy.  However, sometimes the psychological benefit of dessert can outweigh modest sugar content, particularly when other, more healthful ingredients are involved.

The saturated fat in coconut oil is generally accepted to be less inflammatory than that in butter; recent studies show it actually promotes heart health and may help burn fat.  Nuts like almonds and pistachios contain anti-inflammatory omega-3 fatty acids.  Spices also contain anti-inflammatory compounds.  And honey, while admittedly still a sugar, offers nutriceutical benefits that refined sugar does not. 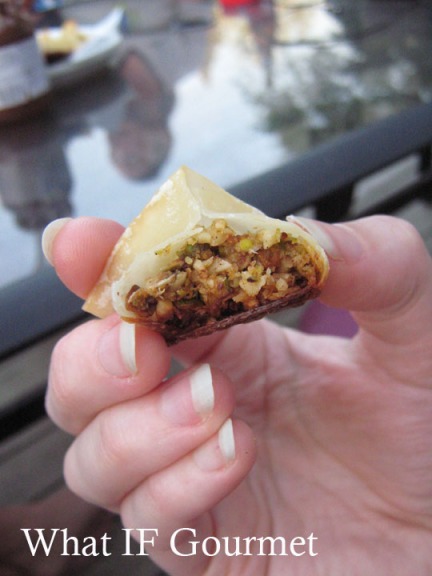 Use any honey you like in this recipe.  I used Russian buckwheat honey because I love its strong, deep flavor.  One serving  of this dessert (3 baklava bites) contains less than 1 tsp honey, which is roughly equivalent to 4 grams of added sugar.

Makes about 2 dozen baklava bites (8 servings of 3 bites each).  Preheat oven to 325 F. Line a cookie sheet with foil.

Chop the nuts in a food processor until finely minced.  Add the nuts to the other dry ingredients in a small bowl and toss to combine.  Stir in just enough honey to moisten the mixture. 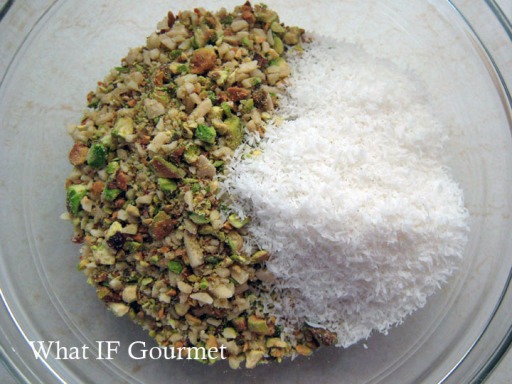 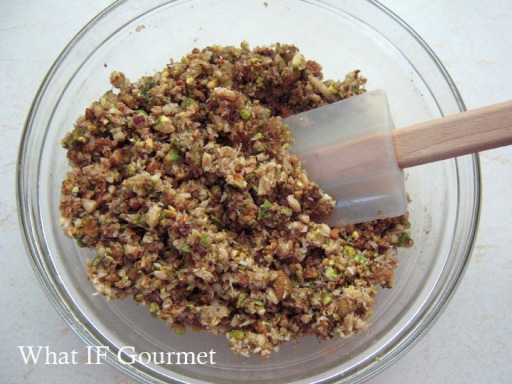 Lay out a wonton wrapper on a flat surface.  Dipping a finger into a bowl of water, moisten all four edges of the wonton wrapper. 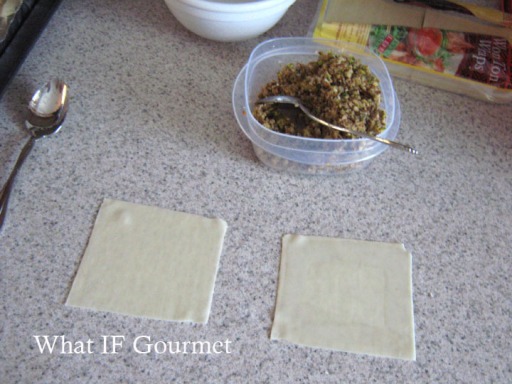 Place a spoonful of filling into the center of the wrapper.  (I assembled these at a friend’s house, so I didn’t have one handy, but a melon baller would be perfect for scooping and molding the filling here.)

I fill the wonton wrappers and pinch them closed, trying to squeeze out as much air as possible.

Bring two opposite corners of the wonton wrapper up to meet over the filling, and pinch together.  Then bring up the other two corners and pinch the seams shut. 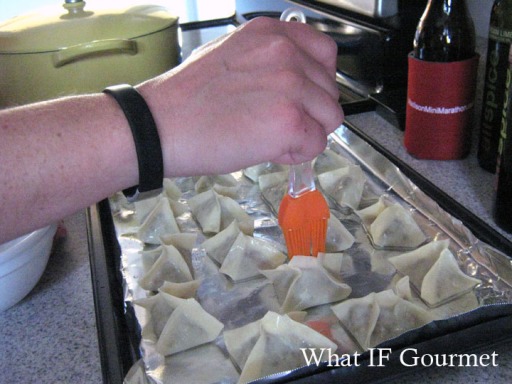 When the bites start to turn golden brown at the edges and their bottoms are browned, remove from the oven and cool on a paper towel lined plate.  Serve slightly warm or at room temperature.